I welcome you, lovers of the past!
Please scroll down and open another door…wherein all contents are assembled

Read The Circle of Ceridwen Saga

The Circle of Ceridwen Saga

Set in war-torn 9th century Anglo-Saxon Britain during the worst of the Viking predation, it tells the tale of the coming of age of 15 year old Ceridwen and her struggles to resolve the conflicts of divided political loyalties and the pull between heathen and Christian realms. Ceridwen of Kilton, second book in the Saga, and The Claiming, book three. The Saga continues on the Baltic island of Gotland in Book Four, The Hall of Tyr, and Five, Tindr, following Ceridwen and her circle into new challenges and adventures.

“… adroitly written historical novel of romance, the struggle for survival, and harsh cruelty set against an England suffering from the onslaught of Danish Vikings…a powerfully written and highly recommended saga depicting the best and the worst of human nature.” Mid West Review 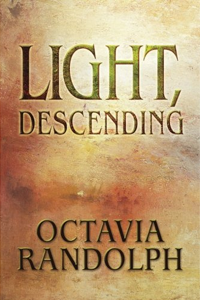 A Tale of Art and Obsession Brilliant illuminator of artistic truths. Failed lover. Provocative critic of social injustice. Raving lunatic. John Ruskin was all these things. Light, Descending brings to life Victorian art and social critic John Ruskin (1819-1900), a passionate and tormented genius whose career as art critic, social reformer, and benefactor and nemesis to some of the greatest names of 19th century art ended in near-universal public acclaim – and madness. Octavia Randolph, author of the best-selling The Circle of Ceridwen Saga, portrays Ruskin’s artistic genius, political struggles, and frustrated private passions in a vivid and haunting recounting of the great man’s life. From his life-long defence of the painter JMW Turner, to Ruskin’s unconsummated marriage to Effie Gray, to his patronage of artists Dante Gabriel Rossetti and his fiancée, Lizzie Siddal, and Lizzie’s death by self-administered drug overdose; to Ruskin’s love affair with the teenaged Rose LaTouche, and her early death, which broke Ruskin’s mind; and the infamous libel trial brought against Ruskin by James McNeill Whistler, Light, Descending sweeps the reader from bustling London to a decaying Venice to wild Alpine heights as it chronicles Ruskin’s ecstatic triumphs and blighted happiness. Based on letters, diary entries, and Ruskin’s own voluminous published writings, and peopled with some of the most compelling personalities of the 19th century, Light, Descending is a tour-de-force novel about the man Mohandas Gandhi said “made me transform my life.” Includes Book Group Discussion Guide.

Travel Kit
A few things you might like to know
before your journey to Anglo-Saxon England.
Domesday Book
A Painless and Brief Historical Background
Funny Alphabets
Maps
Your Legal Rights Under Ælfred, King of Wessex
How to speak our names
Anglo-Saxon Place Names

9th Century Life
The Importance of Sheep
How to Wash a Sheep
Sliding Between the (Flaxen) Sheets
Medieval Clothing
Cosmetic Adornment
Spinning
Parchment and Vellum
Earmarks
Lye
Pastimes and Games of the Anglo-Saxons
Spinning
Wool-fat, or lanolin

The Vikings
The Age of the Vikings: circa 800 to 1100
Where and Why they Traded and Raided
The Conflict of the Gods
The Gods Loki, Tyr, Thor and Odin
The Goddesses Freyja, Frigg, Sif, and Idunn
English Treasure on Gotland
Summer Solstice in Iceland
A Tiny Bit About Icelandic History
The Saga of Gudridur
The Árni Magnússon Institute
In the Saga Country
Þingvellir
Huldufolk – the Hidden Folk, and Trolls
Modern Reykjavik
Scandinavian Archetypes in North American Imaginations: From Beowulf to Alicia Vikander
Sold!: Viking Slavery
Viking Ball Games
Volsungasaga

Godiva
Historical background on this 11th c. Anglo-Saxon aristocrat, and how her story grew through the centuries
A journey to modern day Coventry
Octavia’s retelling of the story of Lady Godiva: Ride