If you buy from Authors Direct, you pay less and I earn more 🙂 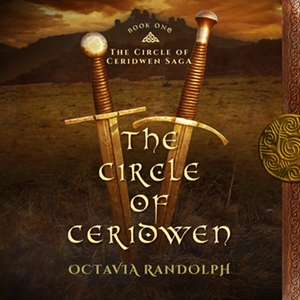 Authors Direct: Book One of The Circle of Ceridwen Saga

It is here. The best-selling Circle of Ceridwen, thrillingly performed by London actress Nano Nagle. If you are one of the thousands who have asked for it, your wait is over. If you’ve ever wanted to try audiobooks, this is the time!

Almost 22 hours of adventure, danger, and yes, passion. Enter the Ninth Century as never before. Download the accompanying PDF here.

Here is a sample of Nano’s artistry, Chapter the Fifteenth: Jarl and Lord. This 13 minute excerpt takes us within the bedchamber of Ceridwen and Ælfwyn. They have arrived at the keep of Four Stones, but the Dane Yrling, who Ælfwyn has been sent to wed has yet to appear. Here, in the middle of the night, he arrives…

I am very excited about the audio versions and hope you shall be as well. Nano will record every book of the entire Saga. 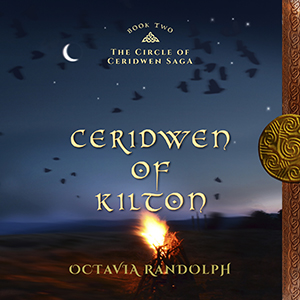 Authors Direct: Book Two of The Circle of Ceridwen Saga

Ceridwen of Kilton is also performed by London actress Nano Nagle, who brings the characters and era to life during the 8 hours that she transports you into the world of the Saga. Continue your journey with Ceridwen of Kilton. Download the accompanying PDF here. 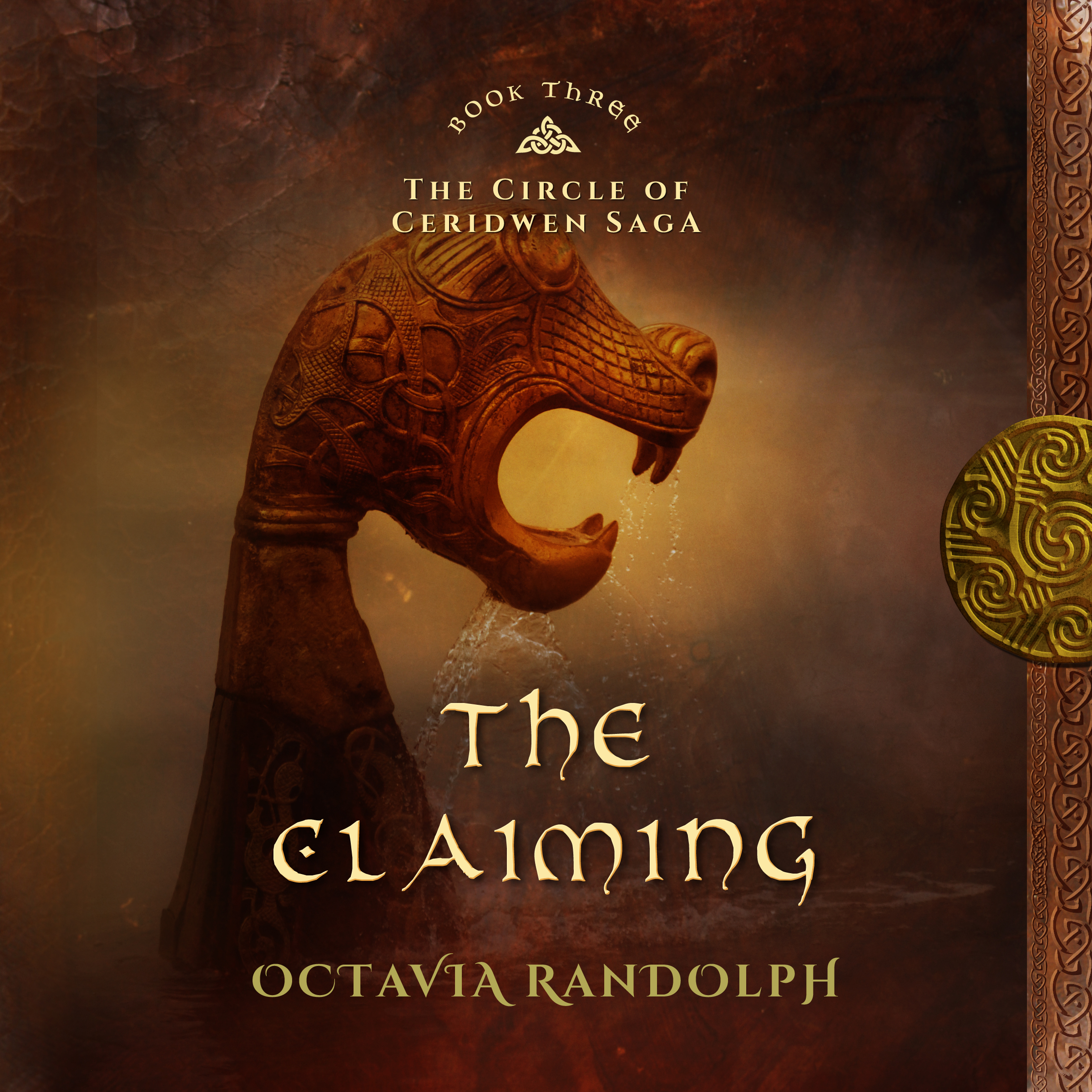 Authors Direct: Book Three of The Circle of Ceridwen Saga

The adventure continues with The Claiming, the book in which everything changes…Thrill to Nano’s artistry during 9 1/2 hours of listening excitement. Download the accompanying PDF here. 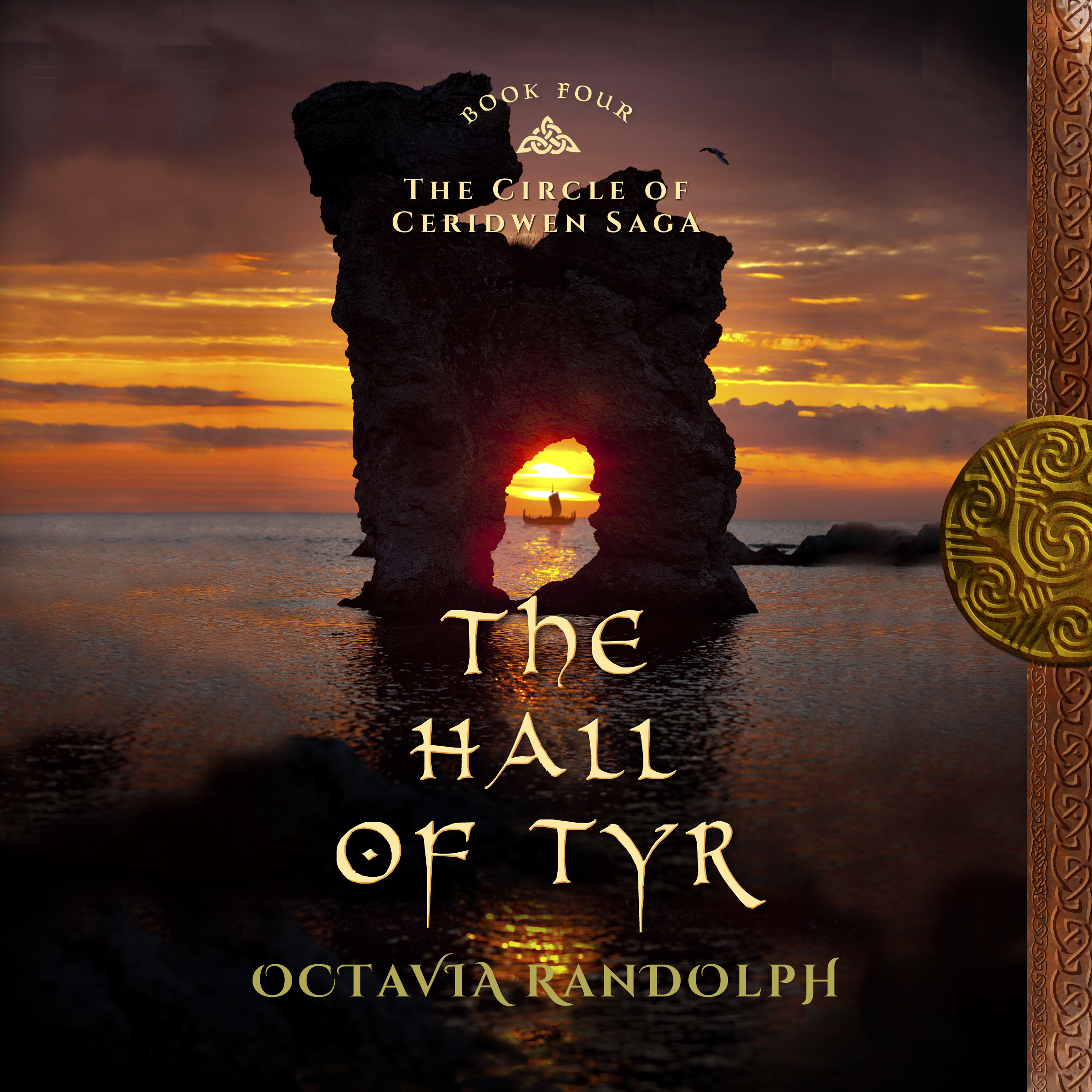 Authors Direct: Book Four of The Circle of Ceridwen Saga

Sidroc and Ceridwen have finally found a haven of peace. The bond between them, always strong even when years and wars separated them, deepens quickly into the profound love that Sidroc had always claimed was their shared Fate.

They work and plan for next year’s sailing season, when they hope to send a shipment of rich goods to trade. They feel protected and safe — until the shattering arrival of the one person they fear most in the world…14 1/2 hours of thrilling listening again performed by the wonderful Nano Nagle. Download the accompanying PDF here. 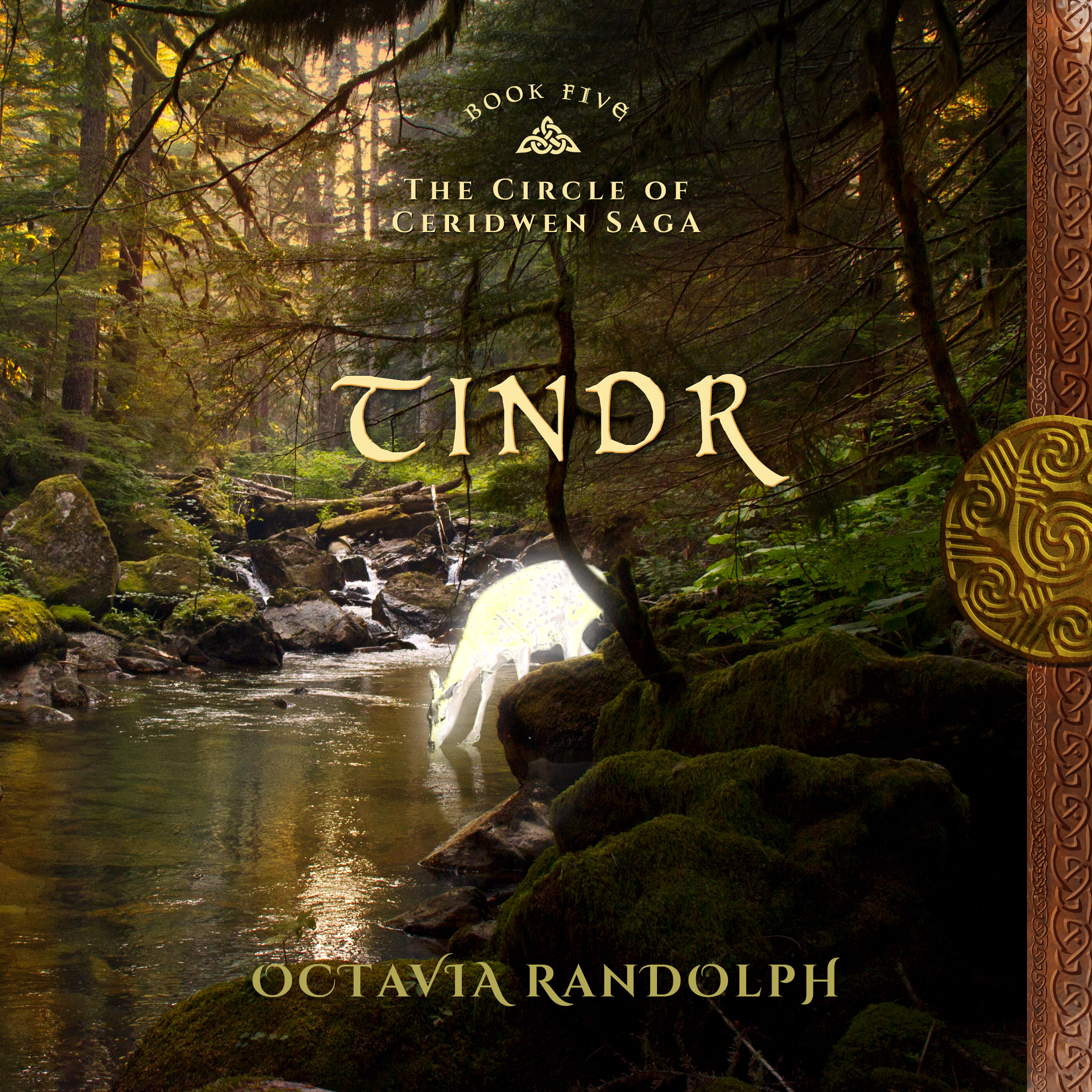 Authors Direct: Book Five of The Circle of Ceridwen Saga

The incomparable Nano Nagle again brings her manifold talents to bear, bringing the magical world of a silent young hunter to life. See through Tindr’s remarkable eyes as he enters the Gotlandic forests and roams its beaches, overcomes treachery, and meets Ceridwen and Sidroc, who expand and enrich his life. And be at his side in his quest for a woman who can accept, and love him…Tindr, 13 1/2 hours of immersive listening. Download the accompanying PDF here. 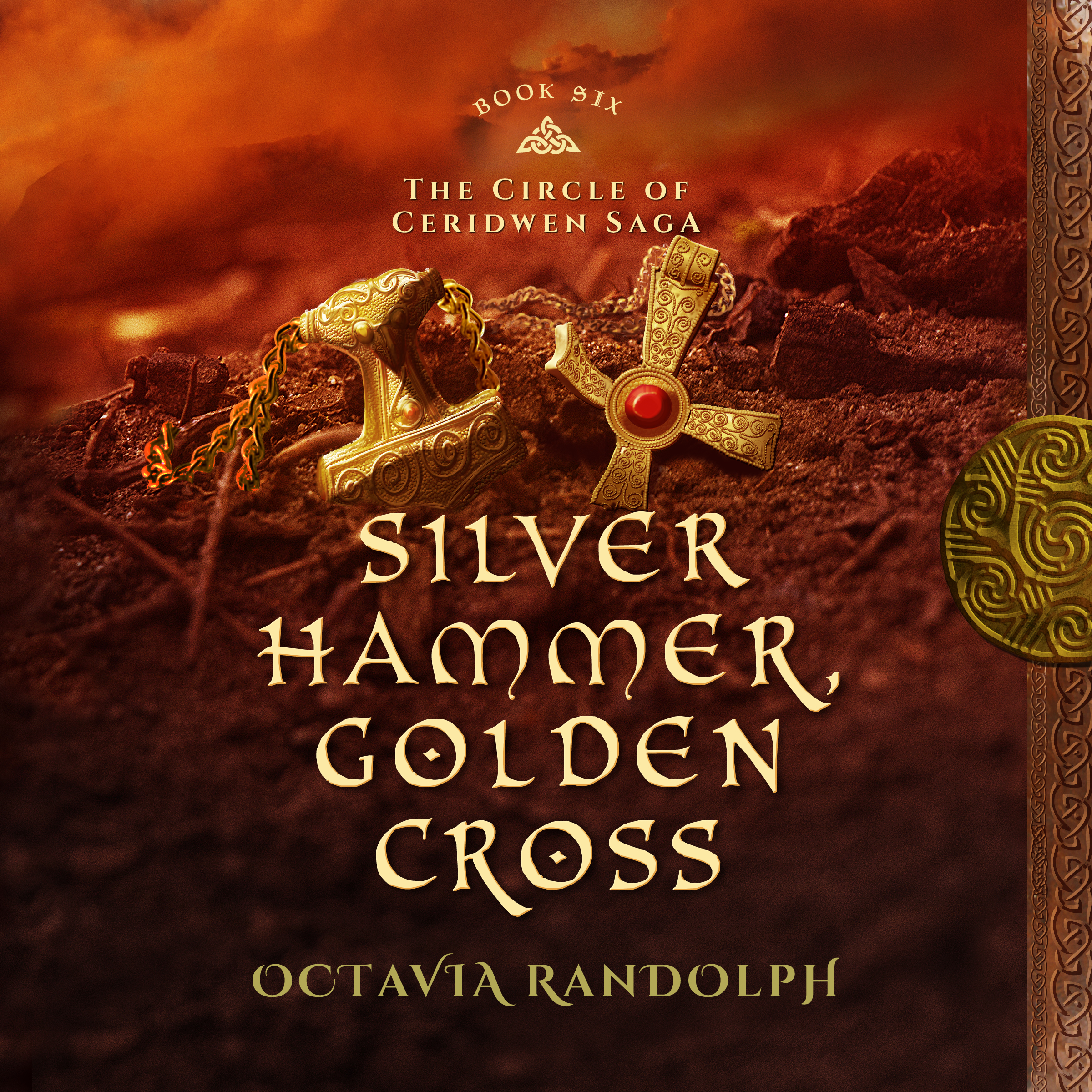 Authors Direct: Book Six of The Circle of Ceridwen Saga

It is the final decade of the ninth century. The Peace between Wessex and the Danes long-settled in the Danelaw erodes. A new onslaught of Danes attacks Angle-land, trying once and for all to destroy Ælfred.

Ceric of Kilton, now a young man, travels across Kingdoms to visit his friend, Hrald of Four Stones – and to see Ashild, who he desires for his wife. But renewed hostilities threaten Ceric’s hopes for deeper ties between strongholds.

And hundreds of leagues away on the Baltic island of Gotland, Hrald’s father Sidroc the Dane must defy his Gods….18 hours of thrilling listening again performed by the Audie-nominated Nano Nagle. Download the accompanying PDF here. 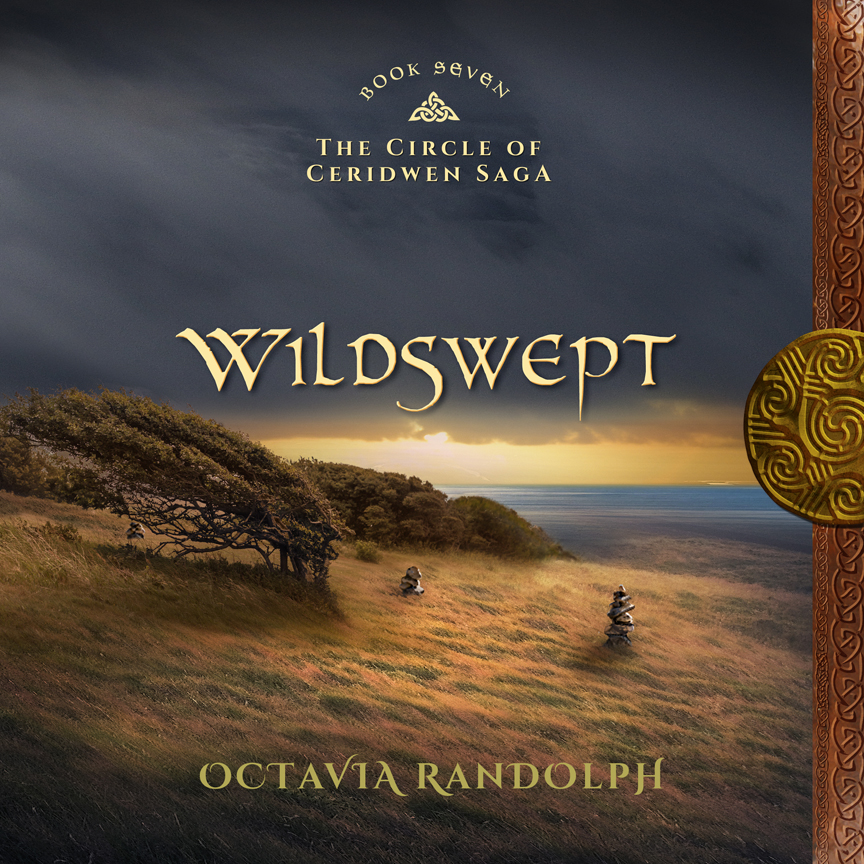 Authors Direct: Book Seven of The Circle of Ceridwen Saga

The Peace between the Saxons and Danes has collapsed. Viking forces led by the war-lord Haesten strike at will across borders. One more push will destroy Wessex. The Danish warriors settled under the Dane-law are tempted to join with these new invaders, wiping clear the game board as they seek full dominance of Angle-land.
Sidroc, having witnessed his son Hrald’s victory at Four Stones, undertakes the perilous return to Gotland, a journey shadowed by the spirit of his long-dead uncle Yrling. Before his father’s eyes Hrald has won the garrison fortress of Turcesig, but can he keep it?
Ceric, the son of Ceridwen, rides with Ælfred’s ambitious son, Prince Eadward, in their wild pursuit of the invaders. After distinguishing himself in the field Ceric receives a startling order from the King, sending him to Four Stones. There Ashild and her mother Ælfwyn contend with the dual claims of duty and desire, and each come face to face with their past – and their future.

At Kilton in Wessex the young lord Edwin, just sixteen, is overwhelmed at the challenges before him both as a warrior and as a man. Yet he is unexpectedly entrusted with a secret which could shatter all he holds dear.

The fortresses of Kilton and Four Stones. What binds them together now threatens to tear them apart. 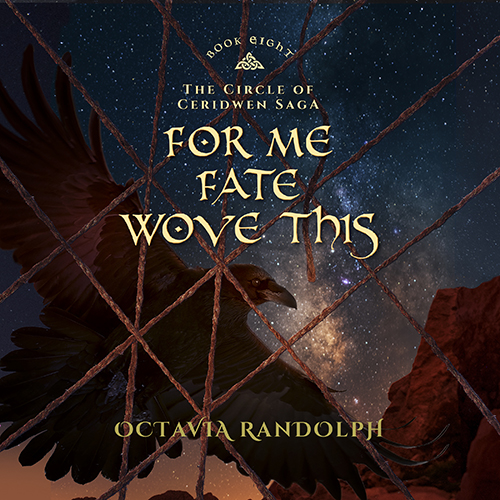 Authors Direct: Book Eight of The Circle of Ceridwen Saga

In an Angle-land riven by contesting Danes…

Hrald of Four Stones has fallen in love with Dagmar, the daughter of dead King Guthrum, who once ruled all Anglia. Dagmar is beautiful and poised; very much a King’s daughter. Yet she owns nothing but the jewels about her neck – and the secrets she carries with her.

“Are you always fighting Fate and the will of the Gods? Then you will be thwarted at every turn…” Ashild has not forgotten this advice given her by her step-father Sidroc before he sailed for Gotland. Her own desires are contrary to the goals of those who love her best – how much more difficult to make decisions for two?

Ceric of Kilton is now a proven warrior, and made second in command to Prince Eadward of Wessex. In the ceaseless attempt to bring the Danish interloper Haesten to heel, the Prince’s small troop crosses into enemy territory. There they are pushed beyond the point of endurance. Deep into Lindisse, both Hrald and Ceric become enmeshed in a fearsome struggle between the marauding Danes and the warriors of Four Stones. The result changes both men forever. 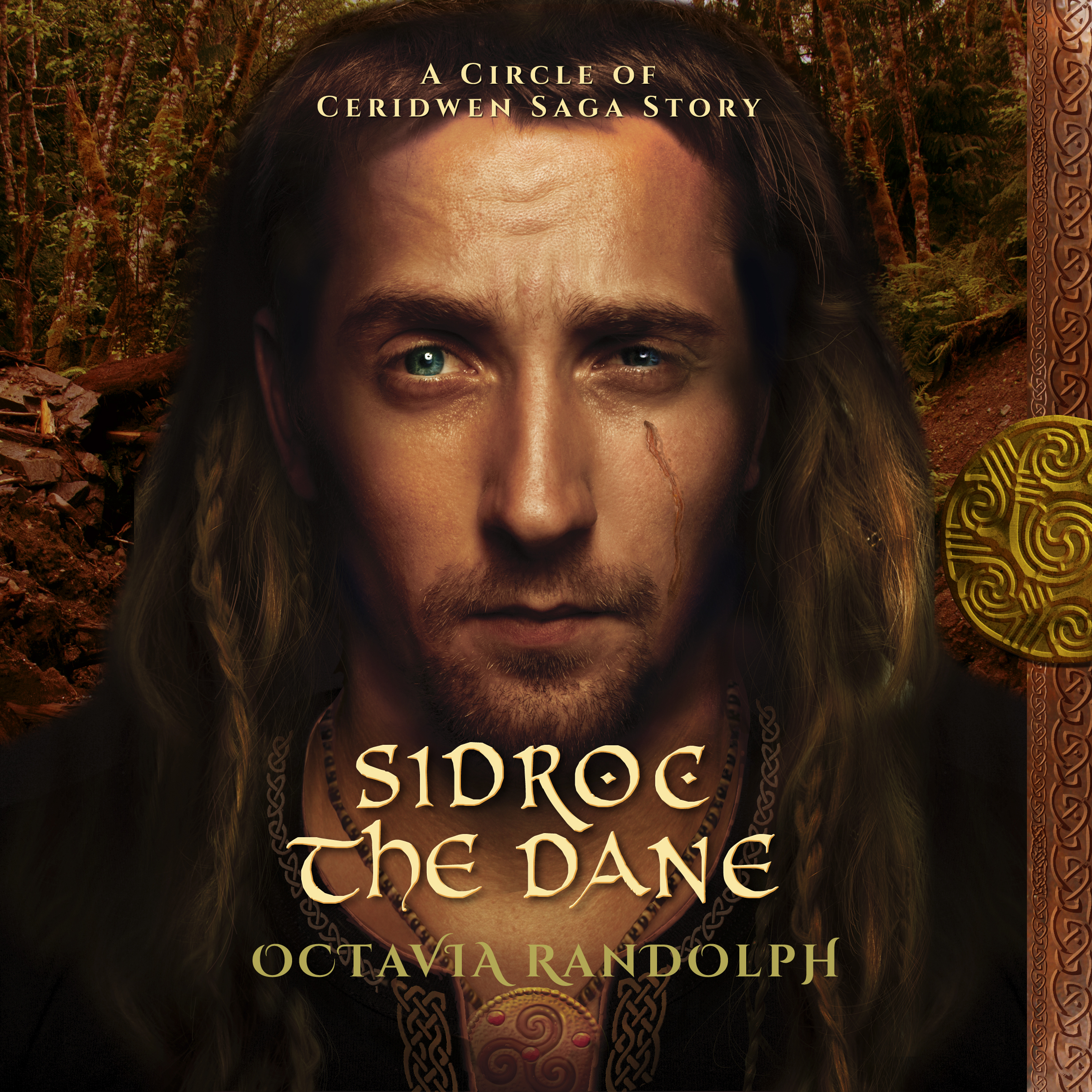 How The Boy Became a Viking. How The Man Became A Legend.

It is here – the book that tells how Sidroc became Sidroc. From discarded child to powerful Jarl, you shall be at the side of this most compelling of the Saga characters. Audie-nominated London actress Nano Nagle brings to thrilling life Sidroc’s birth and boyhood, the growing rivalry with his cousin Toki, and the two cousins’ setting out with their ambitious young uncle, Yrling, to raid the coasts of Angle-land. Hard fighting awaits them there, but the great prize of the keep of Four Stones is their reward. And it is there that comes the young woman for whom Sidroc will one day change his life…

Nearly seventeen hours of riveting listening. Dovetailing into Book One of The Circle of Ceridwen Saga, Sidroc the Dane is the perfect entry point for those new to the Saga, or to be savoured at any point on the journey.