Huldufolk – the Hidden Folk, and Trolls

Iceland is geologically very young, constantly being reshaped by the forces of volcanic fire and ice, sparsely populated, and spectacularly and strangely beautiful. It is almost completely unspoilt and unpolluted. Therefore I am not surprised at the high percentage of Icelanders – one of the most highly educated and technically sophisticated people in the world – who believe in the existence of the nature spirits who have long thrived in such an environment. Fifty-three percent of the population either believe in, or do not deny, their existence. The forms these inhabitants of the spirit world take are many. Some are malevolent, such as afturganga, zombies who return after death in an attempt to carry others away with them. Some are lovely, like the light-faeries who look like angels, or the huge and radiant mountain spirits, who may be several meters tall. But perhaps the most interesting are the huldufolk and the trolls.

Huldufolk means “hidden people” and one tale of their origins concerns Eve, the mother of human creation. Eve had many children, and when God announced he was about to pay a visit to her, she worked hard to clean them up so they would be presentable to Him. Alas, time was short, and a certain number of her children remained unwashed. Rather than present them to God, she hid them. God arrived, inspected the children present with approval, and then asked Eve if she had any others. Fearful, she denied their existence. As a result these hidden children were destined forever to remain hidden. That is, until they wish to make themselves seen. Of all the spirit world, huldufolk are the most like humans, except they are inevitably more beautiful, talented, and charming. They interact with humans when and where they wish to. They are generally benign, but terrible things have occurred to those who have wantonly disturbed or destroyed their dwellings, from huge cost overruns on construction sites to accidents and even death.

Our guide Soffia Alice told me this origin story, and also as we passed a large boulder outside of Reykjavik told me that it was the former home of some huldufolk. I had recalled reading about this several years ago and Soffia’s story echoed the newspaper reports I later found in my files from 1999 about the difficulty in building the new connecting road to the tunnel under Hvalfjorður (Whale Fjord) to the town of Akranes. Construction equipment repeatedly broke down when it approached the boulder, which was scheduled to be moved. A local woman, known to be able to communicate with huldufolk, was called in. She reported that the spirits were preparing to vacate but needed more time. Time was granted, and the woman made a final trip to the boulder to announce that construction could recommence. Likewise, when the first shopping mall, Smáralind, was built near to the suspected dwellings of gnomes, electrical cables and other underground utilities were carefully rerouted to avoid disturbance.

But huldufolk can be highly sociable, actively seeking out human company. Sometimes they appear in times of need. The trade union leader Tryggvi Emilsson fell down a cliff face as a young man and was saved by a huldufolk maiden. He never forgot her haunting beauty. At other times the huldufolk need our assistance. In the past huldufolk men have asked human women to assist at their wive’s difficult births. And occasionally huldufolk of both sexes will become intimate with human beings….an experience said to be utterly delightful, according to the few men and woman fortunate enough to be chosen. 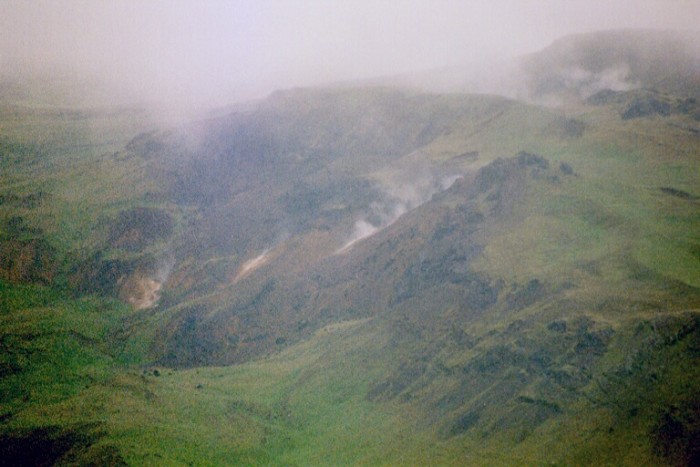 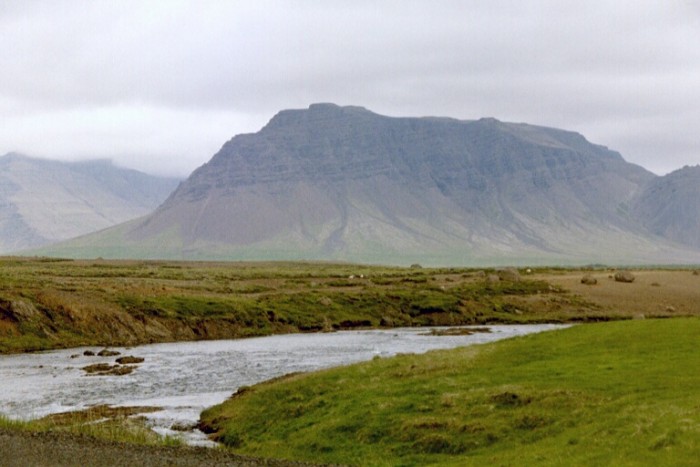 Some spirits are strictly seasonal. Like other Scandinavian countries, Iceland has Yule Lads – jólasveinar. In Iceland these are the thirteen sons of the wicked ogress Gryla, renowned for stealing naughty children for her ever-bubbling stew pot. (Even Soffia Alice was warned to be a good little girl on threat of Gryla.) The boys crept down from the hills in the thirteen days preceding Christmas to wreck havoc on unsuspecting families. Skyrgámur (“Curd Glutton”) creeps into pantries and gobbles up all the delicious skyr. Gluggagægir (“Window Peeper”) peers through windows, eyeing what he intends to steal. Askasleiker (“Bowl Licker” and Hurðaskellir (“Door Slammer”) live up to their names. And so on. In recent days the jólasveinar’s antics have been downgraded from malice to mischievousness, and now rather than stealing from the family tend to leave behind small gifts in children’s shoes.

Then there are trolls. This is a race of giants who with their giant animals lumber over the rocky and snowy face of Iceland. But trolls, mighty as they are, are night beings, highly susceptible to the Sun. In dark Winter they must revel without fear, for at the dawning of the day a troll creature will turn to stone if caught by a ray of Sun. Many strange rock formations rising above lava plains are said to be those of petrified trolls. One of the most dramatic is Hvitserkur, a troll cow poised forever taking a drink of sea water on the northwest coast.