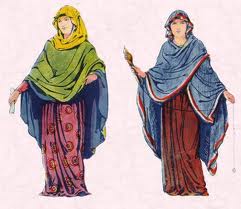 Here in the 21st century it is easy, and even natural, to believe in an ever-improving continuum of human rights. We look back to the banning of slavery in Britain in 1834, the signing of the 13th Amendment to the Constitution of the United States in 1865, the granting of the vote to women in the US in 1920 and in Britain in 1928, the passing of Civil Rights laws in the 1960’s, recent legal recognition of same sex marriage in many nations, and feel: “This is the natural progression of things. People gain more rights as time goes on.”

But you might be surprised to learn that if you are of English descent, your maternal ancestors of 1000 years ago enjoyed more legal rights than did your great grandmother. Shocking, but true.

Women’s legal rights under, say King Ælfred the Great (King of Wessex 844-899 CE) were far greater than under Queen Victoria (reigned 1837-1901). (Indeed, the Victorian era was the nadir of women’s rights in Britain, as women were reduced to the state of near-complete legal dependence on fathers and husbands, and divorce required an act of Parliament until 1857. The most powerful woman in the world repeatedly claimed her own sex unfit to win suffrage. But that is another essay…)

The fact is that women enjoyed legal rights under Anglo-Saxon law that they were to lose after the Battle of Hastings (1066) and for many hundreds of years afterwards. So let us return to the more congenial 9th century, and learn more.

Ælfred’s 9th century law code has survived, and provides us with valuable insight into women’s legal status. His laws were predicated upon those of earlier kings, particularly Ine, King of the West Saxons (688-726). In his preface, Ælfred explains that he examined many existing law codes from the Old Testament to those of previous Anglo-Saxon kings in neighbouring kingdoms:

Then I, King Ælfred, gathered them together and ordered to be written many of the ones that our forefathers observed – those that pleased me; and many of the ones that did not please me I rejected with the advice of my councillors, and commanded them to be observed in a different way. For I dared not presume to set down in writing at all many of my own, since it was unknown to me what would please those who should come after us. But those which I found either in the days of Ine, my kinsman, or of Offa, king of the Mercians, or of Ælthelberht (who first among the English people received baptism), and which seemed to me most just, I collected herein, and omitted the others.

Crimes are categorised along class lines. Here are penalties owed by men for adultery:

A “twelve-hundred man” refers to the individual’s wergild (man-gold), or valuation. Twelve hundred shillings would signify a nobleman, or at least a thegn (the forerunner of the later knight). The ceorl (“churl”) was a common free man, usually an agricultural worker, but possibly a skilled craftsman as well. The ceorl’s wergild was set at 200 shillings. We do not know the exact figure of Ælfred’s own wergild, but it is thought to have been 6,000 shillings.

Wergild was an important legal concept, for without it all feuds were settled “eye for an eye”: If you killed my kinsman, I killed your kinsman. If you raped my daughter, I raped yours. Wergild, the notion of a cash valuation for each person’s life, allowed the ruling noble to command that grievances be redressed not by violence but by silver or gold payments, thus limiting the escalation of vendetta.

All persons (except slaves) had a wergild, and Ælfred’s laws spell out reparations for the loss of bodily parts as well, even unto the loss of the little fingernail (one shilling fine). 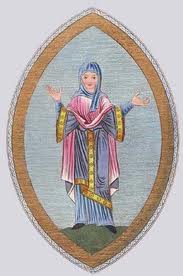 Ælfred’s laws cover penalties owed for kidnapping (or luring) a woman from a nunnery; for assault, sexual and otherwise, of a woman; rape of a slave woman; rape of underage girls; and for the death of a pregnant woman. While it is true that the financial penalties exacted from the wrongdoer typically went to the women’s father or husband, it is also true that crimes against women were treated with as much seriousness as crimes against men. And no woman of any age could be forced into marriage:

No woman or maiden shall ever be forced to marry one whom she dislikes, nor be sold for money.

Other rights that Anglo-Saxon women enjoyed were the right to own land in her own name, and to sell such land or give it away without her father’s or husband’s consent; the right to defend herself in court; and the right to act as compurgator in law suits; that is, to testify to another’s truthfulness. She could also freely manumit her slaves. Her morgen-gifu, or morning-gift, that gift of land, jewellry, livestock or such that a bride received from her new husband the morning after their wedding, was hers to keep for life. (Compare these rights to those of your great grandmother in London, the chattel of her father until marriage and then the legal “property” of her husband afterward.)

I’m taking this loom with me when I go

One of the greatest indicators of women’s rights is the women’s ability to end an abusive or otherwise unsatisfactory marriage. Divorce was extremely common amongst upper-class Anglo-Saxons; indeed (and to the chagrin of the Church), both men and women practised serial “marrying up” as a form of social climbing. (More humble folk simply separated without ado, to take up with another or remain single as they wished.)

Early divorce laws granted the wife half the household goods, including any goods she had brought into the union, and full custody of the children. As only women’s wills from the era mention the disposition of things such as linens, furniture, plate, and so on, there is reason to assume that the majority of household furnishings by default followed the woman in case of divorce. Instead of impoverishing women, divorce laws ensured an equitable sharing of goods and property.

In the 9th century daughters inherited goods or land from either parent, or both, and these bequests were theirs without challenge or question. One exception was that of heathens: in the opening of The Circle of Ceridwen the eponymous character is denied her inheritance from her uncle because as a heathen she had no standing in the eyes of the law. Her rightful lands were given to a nearby priory for its maintenance, and she became their ward.

The relative liberality of women’s rights came to a crushing end after the catastrophe of October 1066. The Normans (“northmen”) carried across the Channel with them the vestiges of their earlier mores towards property and women. A legal “golden age” for English women had come to an end.

For more about Anglo-Saxon law and society, I highly recommend The Beginnings of English Society by Dorothy Whitelock, Penguin Books 1974; and Alfred the Great: Asser’s Life of King Alfred and Other Contemporary Sources, translated by Simon Keynes and Michael Lapidge, Penguin Books 1983, from which I excerpted portions of Ælfred’s law code.