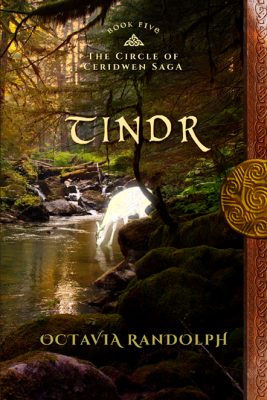 Tindr, the latest novel in the Saga, is now available. It takes place on the beautiful Baltic island of Gotland, on which most of Book Four, The Hall of Tyr, was set. And as you can tell from the title, the main character is indeed the young deaf hunter who you met in Tyr. The […] Read more

One of the great pleasures in life is gathering with friends around a big table. My friends honour me with their presence often enough that freshness and novelty in the menu is prized in both cook and guests. Sometimes I like to build an entire meal from a single cook book, such as Lebanese-American Bethany […] Read more

I have three dear friends who are romance writers, very good ones. And, luckily for them – despite the competition for readers – romances share with thrillers and mysteries the distinction of being the most popular genres of novels being published today. But they have deep roots. Romance fiction as a celebration of love and […] Read more

If this is your first visit to octavia.net in 2015, you’ll see some real – and hopefully pleasant – changes. These include an expanded video section, featuring five new (entertaining & short) videos filmed on the beautiful Baltic island of Gotland, setting of The Hall of Tyr, in May 2015. This page also houses my […] Read more

One of the pleasures of speaking about one’s books is the opportunity not only to meet readers, but other writers. Laura Morelli came to hear me speak about John Ruskin and Venice as portrayed in Light, Descending, and from thence a lovely new friendship was formed. I can heartily recommend The Gondola Maker, Laura’s historical […] Read more

A refreshingly tart, low calorie, and non-alcoholic summer drink, in a lovely natural pale pink. Luella Godman told me this delicious recipe when we stayed at Avonlea, her Connemara horse farm on Gotland. It takes four days to brew on the counter top, but is worth the wait. 5 to 8 stalks of rhubarb, washed […] Read more

If you’ve read The Hall of Tyr, you’ll know the name of the Baltic island of Gotland. It is a place I truly love. I’ve recently returned from there, and wanted to share some of its attraction with you. I first visited Gotland in September 1999. I was on a long research trip through Sweden […] Read more

Here is Ceridwen asking a question of Sidroc in The Claiming: “How many men have you killed?” I had never asked this of any man, and surprised myself by doing so now. He paused and said, “Three-and-forty.” It seemed a huge number, forty-three, but from the way he spoke I could not tell if he […] Read more

It Takes One to Know One…

Sidroc is Jarl of South Lindisse. Godwin is Lord of Kilton. The first fought his way, literally, to wealth and power. The second was born to it, but has had to fight hard to defend it. One is heathen, one Christian. Both have desired Ceridwen. Both men are willing to go to almost any lengths […] Read more

How (and Why) I Wrote These Books

To begin, as the King in Alice in Wonderland urges us to, at the Beginning: The Circle of Ceridwen is told on a very simple level through the voice of a fifteen year old girl. The story deals with her emotional and sexual coming of age, the powerful attachments she forms to other characters, her […] Read more