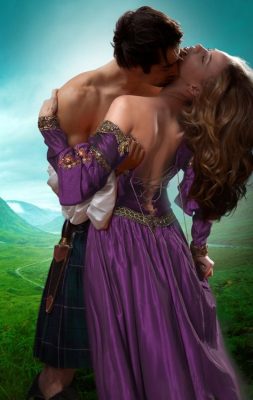 I have three dear friends who are romance writers, very good ones. And, luckily for them – despite the competition for readers – romances share with thrillers and mysteries the distinction of being the most popular genres of novels being published today. But they have deep roots. Romance fiction as a celebration of love and sexuality is as old as the tale of the Babylonian Goddess of Love, Innana, in the epic of Gilgamesh and the Old Testament Song of Solomon. The genre continues on its illustrious path with the Romance of the Rose (a very long 13th century work which took the lifetimes of two French male writers to complete, essentially comparing the beauty of a rose to a woman’s anatomy…not compelling erotic reading today, but interesting nonetheless for odd-balls like myself). The recording of the trials and tribulations of the romantic relationship, along with the cataloguing of the beloved’s attributes, is as ancient as the story-telling tradition itself.

Closely related to romances are “women’s stories”, those novels which present a woman’s point of view and often feature valiant protagonists struggling against gender or class limitations. Many of the great women’s novels of the 30’s and 40’s found expression in Hollywood’s Golden Age as films (alas, sometimes derogatorily termed “weepies”) – Now, Voyager, Daisy Kenyon, Stella Dallas, Mildred Pierce, Brief Encounter – featuring self-sacrificing heroines who actresses like Joan Crawford and Bette Davis revelled embodying. It is perhaps significant that out of the five novels/films which came to mind just now, three bear the name of the female protagonist as title, a clear sign that the emphasis is on her development and not just the relationship’s. Today’s (or more properly, yesterday’s) “chick lit” popularity can be considered an outgrowth of these classic women’s stories.

But to return to Romances, proper: A leisurely browse on Amazon’s Romance pages will reveal a myriad of modern categories and subcategories: Contemporary romance, Historical romance, Inspirational romance, Paranormal romance, Military romance, Cowboy romance, and so on, including the intriguing “Sweet, Clean” label I have spotted. As life, let alone love, is rarely either, I find this especially intriguing.

The formulaic romance is so firmly established in many readers’ minds that to bend or abrogate its rules risks real ire. When the target couple meet, they are oftentimes cool to each other, if not openly antagonistic. (This too has a long and revered history: consider the verbal sparring between Petruchio and Katherina in Shakespeare’s Taming of the Shrew or Elizabeth Bennet’s disastrous first impressions of Mr Darcy as portrayed by Jane Austen in Pride and Prejudice.) Yet one or both parties will have a hard time dismissing the other; the attraction is illogical and yet compelling. As the couple warms, complications – in the guise of class differences, inconvenient exes, unhealed psychic wounds – conspire to separate them in the fragile early days of mutual exploration. A shared trial, such as the solving of a murder, the overcoming of an addiction, a release from past demons, frees the couple to rejoice in a newly firm foundation for their future happiness.

A formula? Yes, one as enduring as “happily ever after” in ancient faery tales. The risks and uncertainties of love requires some comfort, the assurance that things will turn out, and the happy ending has become a necessity for modern readers. Still, let us remind ourselves that Romeo and Juliet, the greatest love story ever told, ends badly. But what Romeo and Juliet comes up with in spades is the essential quality of a romance: male engagement. Women love romances because it is one of the few narrative genres which portray men as being just as invested in love, in the relationship, as the woman is. There’s great and reassuring parity there. Women dream of a man who will find them as essential to his happiness as the man is to theirs, who holds love and the Ideals it enshrines as supremely important. Romeo refused to go on living when he thought Juliet was dead.

Thus there are no half-hearted male protagonists in the best romances. Once the initial friction is dispensed with, the leading male becomes as ardent – possibly more – than the female protagonist. He becomes to her a Hero, and the triumph of their love, a Heroic achievement.

I’ve begun a Pinterest board with DP McHenry called Romance Novels for Smart Women. On it you’ll find some particularly fine examples of the genre, along with a healthy sprinkling of other novels which place relationships at the heart of the story. Come and weigh in on your favourites there.